Rice Photo Gallery VI: The Exhibit on Art and Culture of Rice in Asia, China, 2002

The Exhibit on the Art and Culture of Rice in Asia was held on 16-18 September 2002 at the First International Rice Congress, Beijing, China (IRC2002). The Exhibit was organized by the Asia Rice Foundation (AsiaRice) in cooperation with national rice foundations in Bangladesh, Indonesia, Philippines and Thailand, and with members of the Asian Rice Media Advocacy Network (ARMAN) in many countries in Asia. It focused on the influence of rice on the traditions and ways of life of peoples of Asia. Several aspects of the rice cultures of the following 13 countries were represented in one way or another.

Shown here are photos of the general overview of the Exhibit and the actual displays for each of the nine themes represented in the Exhibit. 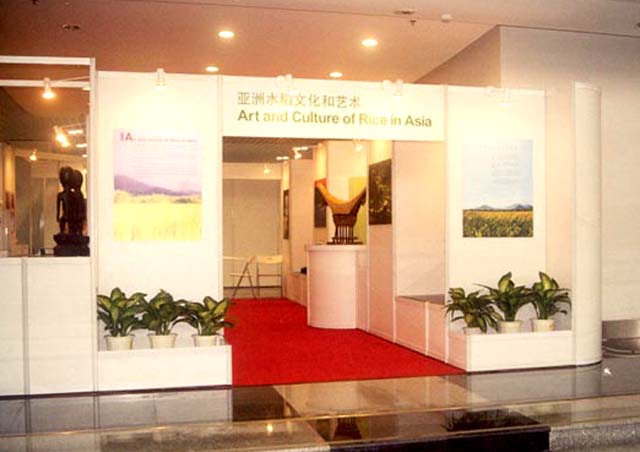 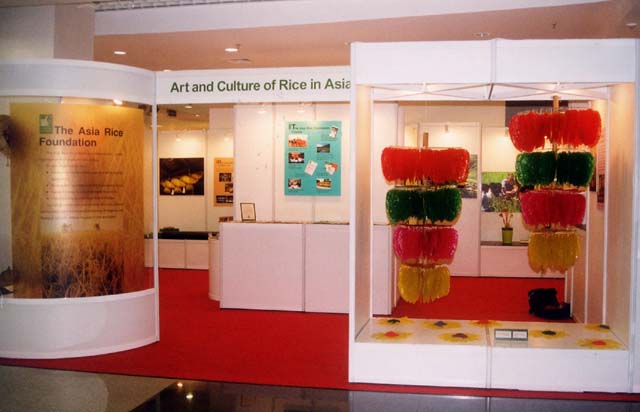 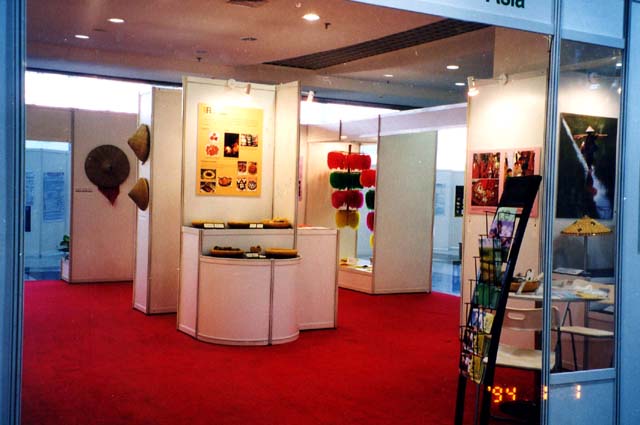 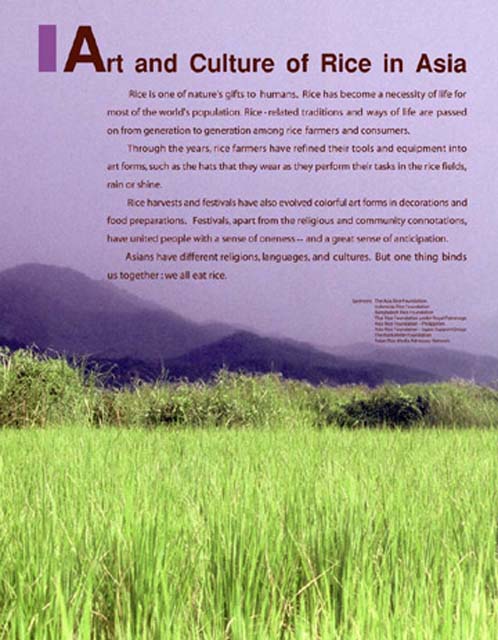 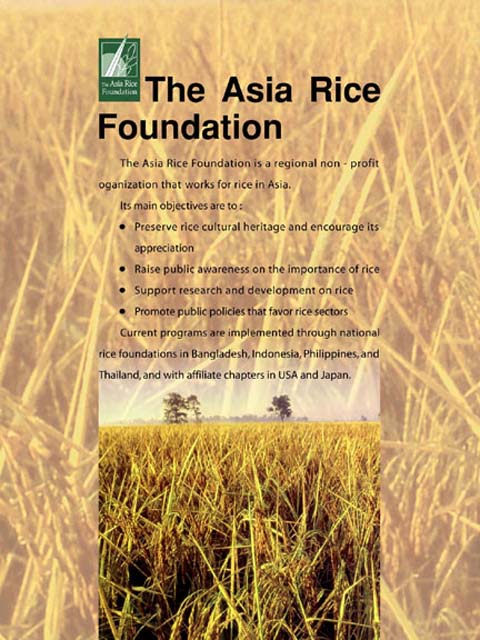 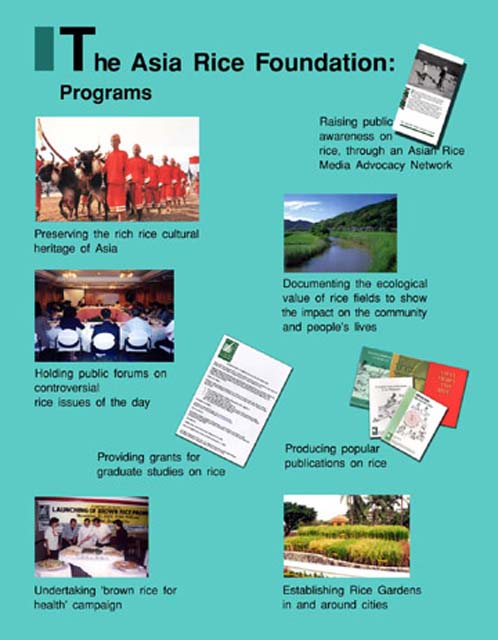 The Introduction to the Exhibit on Art and Culture of Rice in Asia.

The Introduction to the Asia Rice Foundation (AsiaRice)

The description of the AsiaRice programs.